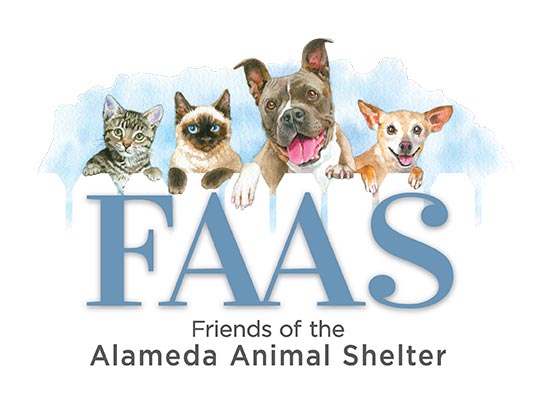 Thank you for supporting our animal shelter, FAAS!
Select Alameda & Jingletown galleries and 2nd Friday businesses got together to help raise money and awareness for Alameda’s animal shelter FAAS on September 9th.

The very first 2nd Friday Artwalk For Animals was able to raise over $900!

How it got started
It was mentioned casually in passing by Steve Digilio, owner of Vintiq on the corner of Oak & Santa Clara. “We should do something to raise money for the animal shelter” said Steve. Jessica Warren from Studio 23 had been volunteering for the last 3 years at the shelter. 3 Dot, Studio 23, Vintiq and other local artists worked together to get everyone from 2nd Fridays involved. This was a collaborative effort of all the galleries and 2nd Friday businesses working together to make it happen. We came up with the general idea and ran it by Cindy Shelby (of FAAS), who ran it by the board. They came back with an enthusiastic thumbs up.

Funds raised
Over $900.00 was raised for The Artwalk For Animals. Galleries donated proceeds, had silent auctions, businesses put out “Donation Jars” and/or came up with clever ideas on how to raise money for FAAS. How it was done and how much was donated was left up to each business to decide for themselves. Everyone could do their “own thing”. It was simply asked that the donations be made directly to FAAS under the name “Artwalk For Animals” and then notify 2nd Friday coordinators of how much they were able to contribute. It was really that simple! 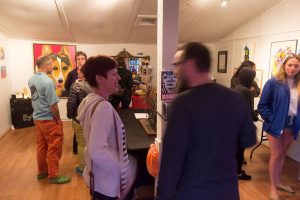 Will it happen again?
We hope so! We would love to incorporate this as an annual event. Dates may change but the overall concept will stay the same. Next year we may focus on making this happen in August rather than September.